Knowing just where to use a particular stair part can be confusing. Refer to the diagram below for helpful information. The sizes shown are based on a 34" rake rail height and a 36+" level rail height.

When discussing stair options with your builder or architect, ordering components yourself, or understanding stair plans and quotations, it helps to know the specific terms for the various parts of a stair. Here are some of the most commonly used terms, along with brief descriptions: 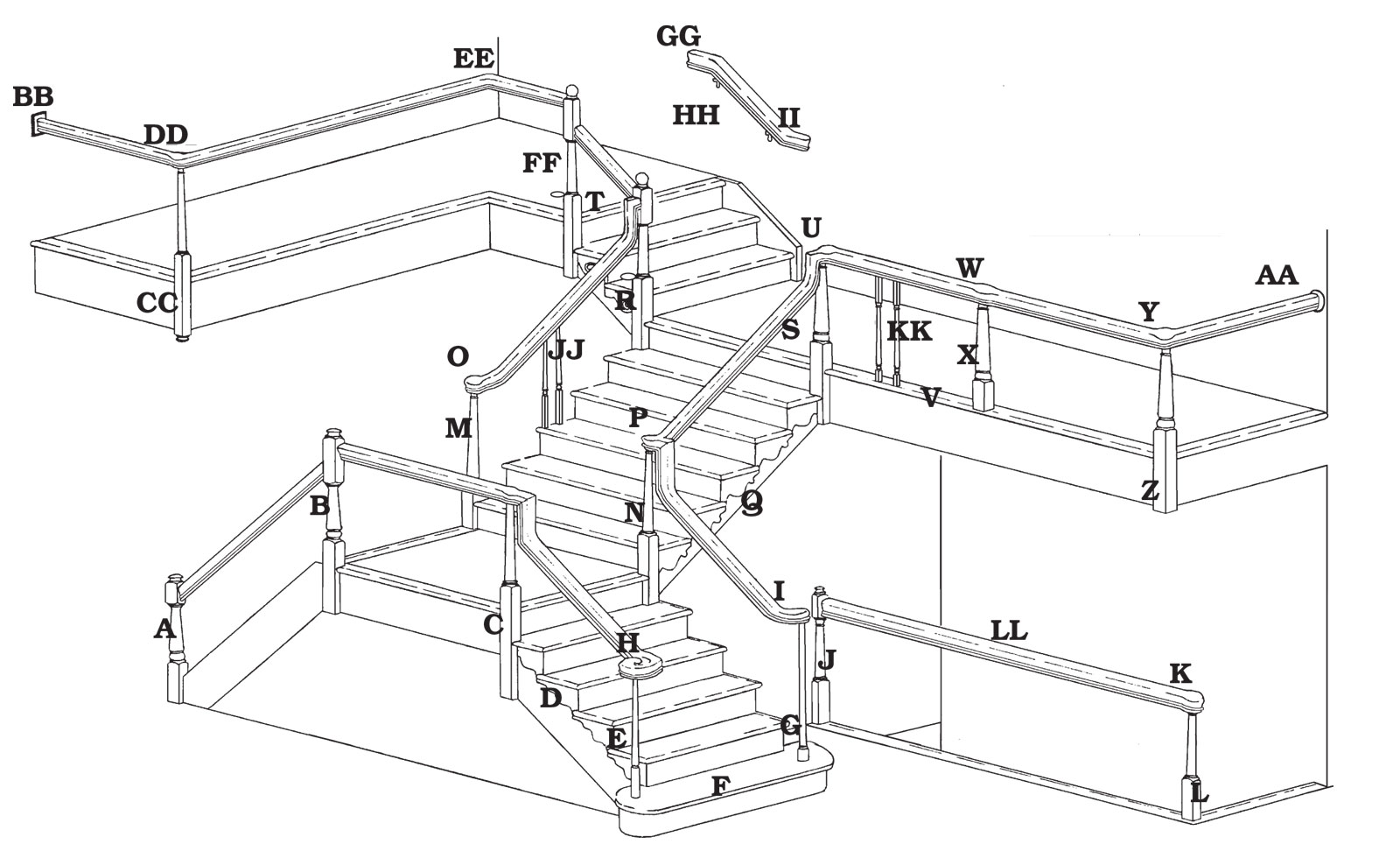